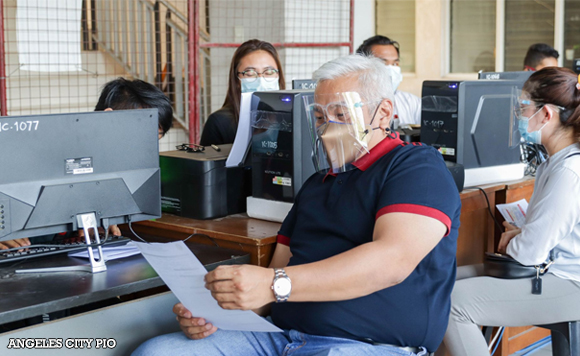 Angeles City Mayor Carmelo Lazatin Jr. received Wednesday his first dose of the Sinovac vaccine at the City College of Angeles after the inter-agency task force approved the inclusion of local chief executives under the priority groups, according to officials.

“I would like to thank the national government, for recognizing the vital role of mayors and governors as frontliners in leading the local Covid-19 task force implementing programs towards our common goal of eradicating the virus in our country,” Lazatin said in a statement.

Also getting her first dose of Sinovac was the mayor’s chief adviser IC Calaguas who has a medical condition.
Both Lazatin and Calaguas waited in line and followed the six-step vaccination procedure, according to the statement from the city information office

“Currently, the city is in the process of vaccinating health workers, senior citizens, and persons with comorbidities, using the Sinovac and AstraZeneca vaccines donated by the DOH and World Health Organization,” said Calaguas.

Politiko would love to hear your views on this...
Spread the love
Tags: Angeles City Mayor Carmelo Lazatin Jr., COVID-19 vaccines, Sinovac
Disclaimer:
The comments posted on this site do not necessarily represent or reflect the views of management and owner of POLITICS.com.ph. We reserve the right to exclude comments that we deem to be inconsistent with our editorial standards.