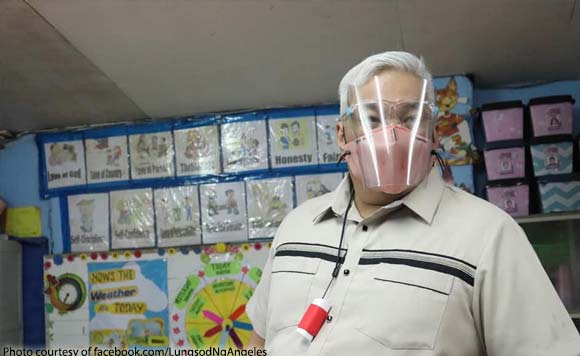 Angeles City Mayor Carmelo Lazatin Jr. has pledged two months worth of his salary to be donated to community pantries that are now operating in the city.

According to a Sun Star Pampanga report, the mayor plans to hand over P228,000 to six community pantries in Angeles City.

The money will be used to purchase 240 boxes of corned beef and 57 sacks of rice.

“We, Filipinos, are known all over the world for keeping the spirit of ‘bayanihan’ alive, even during these modern times,” Lazatin was quoted as saying.

Politiko would love to hear your views on this...
Spread the love
Tags: Angeles City, Angeles community pantries, Mayor Carmelo Lazatin Jr.
Disclaimer:
The comments posted on this site do not necessarily represent or reflect the views of management and owner of POLITICS.com.ph. We reserve the right to exclude comments that we deem to be inconsistent with our editorial standards.