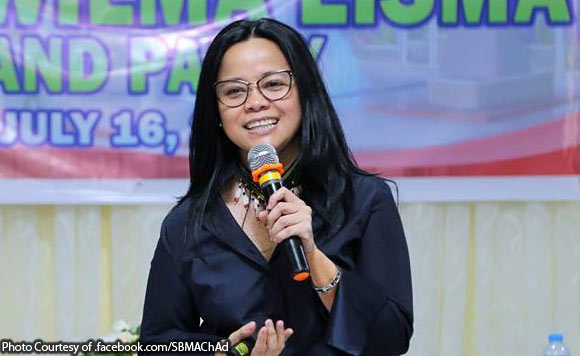 A lawyer filed Monday a graft complaint before the Office of the Ombudsman against Subic Bay Metropolitan Authority (SBMA) Chairperson and Administrator Wilma Eisma.

Atty. Raymund Palad accused Eisma of conflict of interest for allegedly not divesting her shares with TECO (Philippines) 3C & Appliances, Inc., a locator inside the Subic Bay Freeport.

He based his complaint against Eisma for violating the Anti-Graft and Corrupt Practices Act on the TECO’s General Information Sheet, which was submitted to the Securities and Exchange Commission in June 2017.

According to Palad, Eisma allegedly owns shares of stocks with TECO and she was also a member of its Board of Directors despite being an administrator of SBMA.

He also asked the Ombudsman to place Eisma under preventive suspension pending an investigation against her.

Politiko would love to hear your views on this...
Spread the love
Tags: administrator Wilma Eisma, Atty. Raymund Palad, Office of the Ombudsman, Securities and Exchange Commission, Subic Bay Freeport, Subic Bay Metropolitan Authority
Disclaimer:
The comments posted on this site do not necessarily represent or reflect the views of management and owner of POLITICS.com.ph. We reserve the right to exclude comments that we deem to be inconsistent with our editorial standards.