Lady boss eh! Arroyo to be featured by CNN PH for Women’s Month 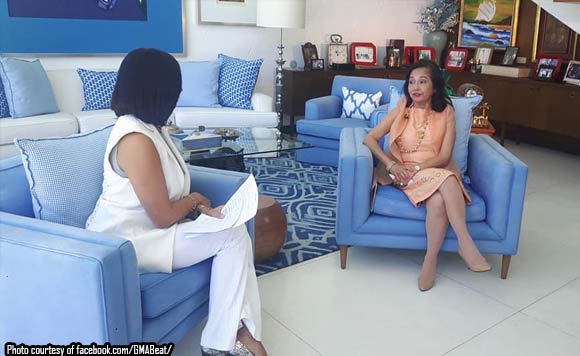 No doubt about it: Former President Gloria Macapagal-Arroyo continues to be a heavyweight in Philippine politics.

So it is no wonder the Pampanga 2nd District representative was one of the guests of CNN Philippines’ Pinky Webb as her show, The Source, features powerful women figures during Women’s Month.

Arroyo posted behind-the-scenes photos of her interview with Webb on Facebook on Monday, March 5.

The episode is a must-watch, as the politiko will talk about her efforts in government since 1992 to help empower women.

Politiko would love to hear your views on this...
Spread the love
Tags: CNN Philippines' Pinky Webb, Facebook, former president Gloria Macapagal-Arroyo, Pampanga 2nd District representative, Philippine politics
Disclaimer:
The comments posted on this site do not necessarily represent or reflect the views of management and owner of POLITICS.com.ph. We reserve the right to exclude comments that we deem to be inconsistent with our editorial standards.