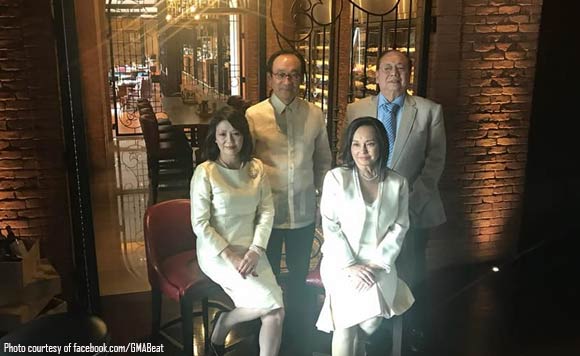 The politikos recently hosted a luncheon in honor of Japanese Ambassador to the Philippines Koji Haneda and his wife.

Former members of the Pampanga 2nd District representative’s Cabinet were present, too.

Arroyo shared photos of the event through her official Facebook page.

Former President Gloria Macapagal Arroyo and Atty. Mike Arroyo hosted a luncheon in honor of Japanese Ambassador to the Philippines Koji Haneda and his wife together with former members of her Cabinet.

Politiko would love to hear your views on this...
Tags: ex-first gentleman Mike Arroyo, f Japanese Ambassador to the Philippines Koji Haneda, former president Gloria Macapagal-Arroyo, official Facebook page, Pampanga 2nd District representative's Cabinet, power couple
Disclaimer:
The comments posted on this site do not necessarily represent or reflect the views of management and owner of POLITICS.com.ph. We reserve the right to exclude comments that we deem to be inconsistent with our editorial standards.