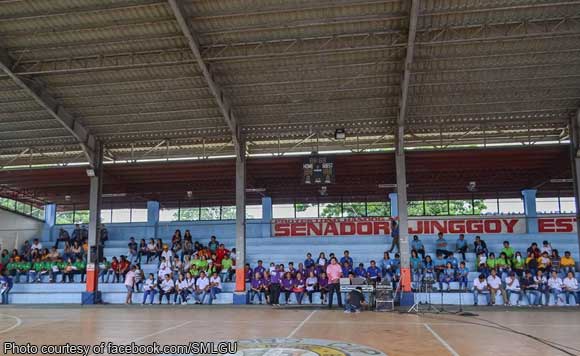 Here’s one way to show how much you love San Marcelino: Sing along to its official hymn!

Mayor Elvis Soria was present during the launch, including other politikos like Vice Mayor Geraldo Dalupang, and Senior Board Members Apolinario Abelon, Irene Canlas, and Jesus Lunario.

Time to belt out that song!

Politiko would love to hear your views on this...
Post Views: 8
Spread the love
Tags: Irene Canlas, Jesus Lunario, Mayor Elvis Soria, San Marcelino Covered Court, Senior Board Members Apolinario Abelon, Vice Mayor Geraldo Dalupang
Disclaimer:
The comments posted on this site do not necessarily represent or reflect the views of management and owner of POLITICS.com.ph. We reserve the right to exclude comments that we deem to be inconsistent with our editorial standards.