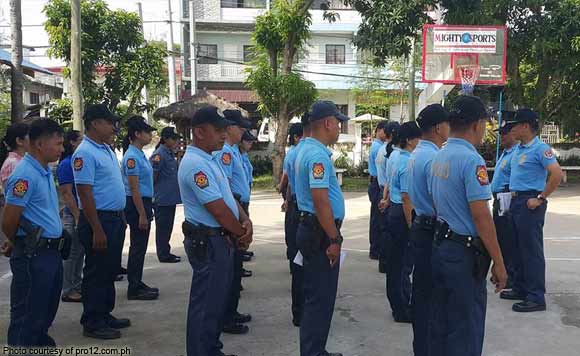 Some 70 personnel from the Regional Public Safety Battalion 3 were sent to Mindanao on Tuesday to augment the ground troops as fighting continues between government forces and the Maute group in Marawi City.

Police Regional Office 3 (PRO3) director Chief Supt. Aaron N. Aquino, in a send off ceremony held on Tuesday at the PRO3 parade ground here, said the contingents would be sent to Cagayan de Oro City as augmentation force to complement the troops.

“They are among the best and skilled personnel who have undergone tactical and combatant training,” Aquino said.

He said the deployment of police personnel is a continuing program of the Philippine National Police (PNP) and is line with the “Tour of Duty of PNP Personnel Deployed in Armed-Conflict Areas, Counter- Insurgency Operations and other Similar Serious Threats to National Security”.

“I am sure that you will all do well, bear in mind that as police officers, we always place duty and honor above our own personal concerns. As your regional director, I am extremely proud of you because I am in no doubt that you will be able to carry out our mandated tasks of ensuring and maintaining public security and safety,” Aquino said.

The troops will remain deployed in Mindanao until the situation normalized.

Meanwhile, he asked the public to be extra cautious in believing and sharing in social media and spreading through text messages unverified reports circulating over the internet purportedly coming from police units as this might cause unnecessary panic and fear.

He also encouraged the reporting of any suspicious persons, activities, and unusual occurrences in public or any untoward incidents and crime situations through the nationwide emergency hotline 911 and/or PRO3 TOC 0917-623-5700.

“Let us stay strong and united against terrorism and other lawless activities for a safer place to live, work and do business,” he added. (Zorayda S. Tecson/PNA)

Politiko would love to hear your views on this...
Spread the love
Tags: Cagayan de Oro City, director Chief Supt. Aaron N. Aquino, Marawi City, Maute Group, Mindanao, Philippine National Police, Police Regional Office 3
Disclaimer:
The comments posted on this site do not necessarily represent or reflect the views of management and owner of POLITICS.com.ph. We reserve the right to exclude comments that we deem to be inconsistent with our editorial standards.