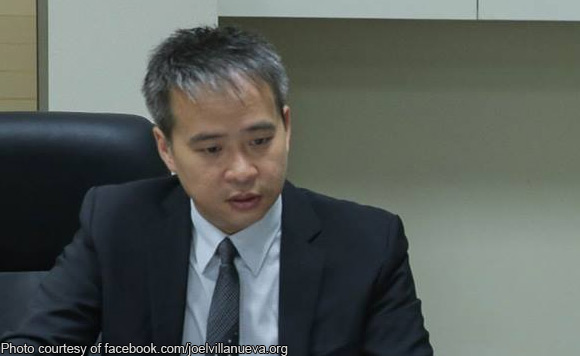 Teaching may be a thankless job, but its impact is both “immediate and far-reaching.”

Sen. Joel Villanueva made the remark on Friday after he served as guest teacher to grade four students of City of Malolos Integrated School in Altag, Malolos City, Bulacan.

The senator was tasked to teach Araling Panlipunan where he discussed about the three branches of government including his duties and responsibilities as a lawmaker.

Villanueva said he was grateful for Teach for the Philippines for giving him the opportunity to experience the noble profession.

“I believe that the greatest act of self-sacrifice that anyone can take on is becoming a teacher. Saludo po ako sa bawat guro sa buong mundo,” Villanueva said.

The Bulakeño senator also underscored the importance of working together and making education a priority.

Politiko would love to hear your views on this...
Post Views: 0
Spread the love
Tags: Altag, Araling Panlipunan, Bulacan, City of Malolos Integrated School, Malolos City, Philippines, Sen. Joel Villanueva
Disclaimer:
The comments posted on this site do not necessarily represent or reflect the views of management and owner of POLITICS.com.ph. We reserve the right to exclude comments that we deem to be inconsistent with our editorial standards.