Ivatans getting back on their feet after quake devastation 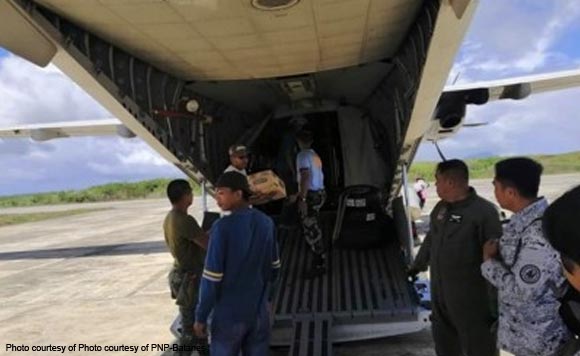 TUGUEGARAO CITY — After enduring days of sadness and discomfort following a series of earthquakes that caused the loss of several lives and damage to many houses last July 27, Ivatans in the island-town of Itbayat in Batanes are slowly getting back on their feet.

This was the assessment of Roldan Esdicul, Batanes Provincial Disaster Risk Reduction and Management Officer, as only 72 families or 261 people who evacuated had remained camped out in tents at the town plaza. A day after the quake, over 2,000 residents of Itbayat stayed in makeshift tents set up at the plaza.

“The quake victims have been slowly going back to normal lives,” he told the PNA on Tuesday.

Those who remain in the plaza have no houses to return to as these were totally destroyed by the earthquake, Esdicul said.

The Batanes local government has been devising plans to construct temporary shelters for villagers “severely affected” by the earthquakes considering the oncoming typhoons that would bring rains and winds.

Esdicul said the shipment of relief goods and construction materials from mainland Cagayan Valley and Metro Manila had been halted due to the current bad weather.

He added, however, that villagers are still receiving enough relief goods, medicines and other amenities from the goods kept in stock by the local government.

Volunteers and donors were advised to postpone their travel to the province as aftershocks continue to rock the province, according to the official. Relief goods may be carried by cargo planes and boats during good weather, he said.

Students returned to their classes on Monday (August 5) as improvised classrooms such as tents have been set up in schools with damaged buildings. (PNA)