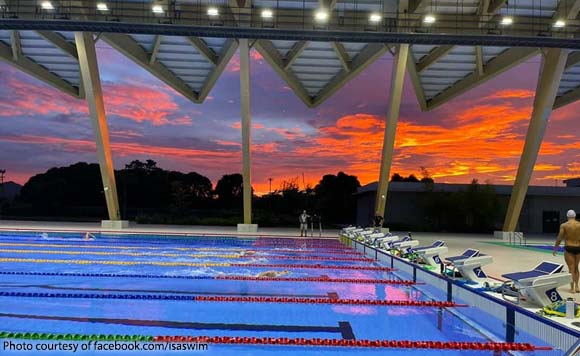 Members of Israel’s national swimming team sang praises for the “world-class” New Clark City Aquatics Center where they are training in preparation for the Tokyo Olympics.

“I travelled all around the world and saw thousands of aquatic complexes. New Clark City’s facility is among the best in the world!” David Marsh, former US Olympic swimming coach and professional adviser of the Israeli team, was quoted as saying in a BCDA press release.

“It’s a really nice pool with really nice surrounding views. And the bright color of the pool makes it look even better. More importantly, I like how the pool is really fast. Thank you for having us here!” said freestyle swimmer Andrea Murez.

Itay Goldfaden, who will take part in mixed medley relay, described the facility as “one of the best pools I’ve ever seen.”

Politiko would love to hear your views on this...
Spread the love
Tags: Aquatics Center, Israel, New Clark City
Disclaimer:
The comments posted on this site do not necessarily represent or reflect the views of management and owner of POLITICS.com.ph. We reserve the right to exclude comments that we deem to be inconsistent with our editorial standards.