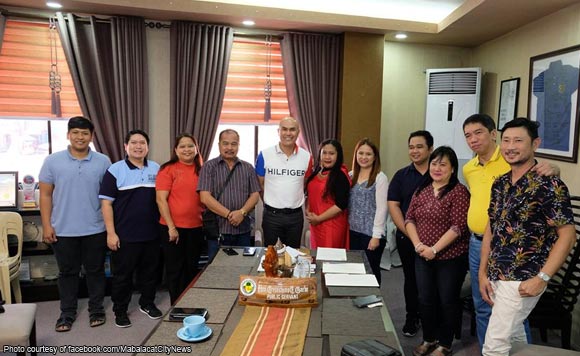 A representative of the Indigenous People in the city council of Mabalacat in Pampanga took his oath Friday, the Department of Interior and Local Government in the province said.

The installation of Ruvielane Margarito as new Indigenous People Mandatory Representative in the Sangguniang Panlungsod of Mabalacat City is pursuant to a 2010 DILG memorandum and the Indigenous Peoples Rights Act of 1997.

According to the law, IPs have the right to participate in decision-making processes that may affect their rights and lives. As such, they are assured of mandatory representation in policy-making bodies and other legislative councils.(END)

Politiko would love to hear your views on this...
Spread the love
Tags: DILG Pampanga Director Myrvi Apostol-Fabia, Indigenous People, Indigenous Peoples, Mabalacat City, Mabalacat Mayor Crisostomo Garbo, Pampanga, Ruvielane Margarito, Sangguniang Panlungsod, Vice Mayor Christian Halili
Disclaimer:
The comments posted on this site do not necessarily represent or reflect the views of management and owner of POLITICS.com.ph. We reserve the right to exclude comments that we deem to be inconsistent with our editorial standards.