Intermodal transport terminal to be launched in Clark 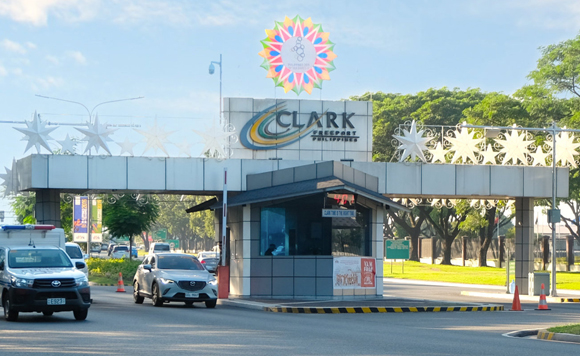 In a statement, CDC president and CEO Manuel Gaerlan and SM Prime President Jeffrey Lim announced the project to be built on a 23,955 square meters’ area located at Clark’s Southern Gateway District.

The terminal, according to the statement, will be a four-storey building that includes ancillary facilities such as waiting area for passengers, restrooms, and other services required for an intermodal transportation system.

Covid-related safety protocols and guidelines will also be implemented at the site.

The establishment of the transportation terminal is intended to provide a sufficient number of departure bays for various modes of transportation such as Public Utility Buses (PUBs), Public Utility Jeepneys (PUJs), Bus Rapid Transport (BRT), shuttle services, and taxis, among others. CDC also stated that all public transportation operating within the zone will be given priority.

Politiko would love to hear your views on this...
Spread the love
Tags: Clark, Clark Development Corp., Clark Freeport Zone
Disclaimer:
The comments posted on this site do not necessarily represent or reflect the views of management and owner of POLITICS.com.ph. We reserve the right to exclude comments that we deem to be inconsistent with our editorial standards.