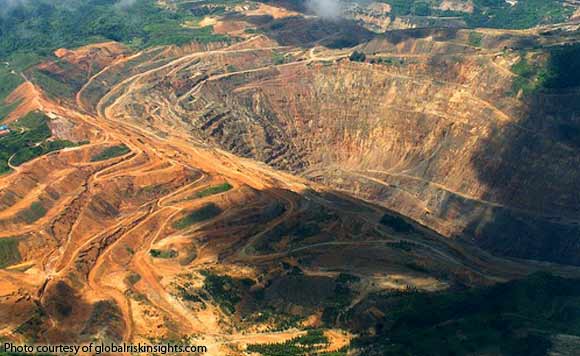 With the mining industry playing a major role in the growth of the Philippine economy, Pampanga 2nd District Gloria Macapagal-Arroyo is interested in developing more stringent and higher standards for responsible mining as an alternative to wholesale closure of mines.

The lady politiko, in her House Bill 488, stressed she wants want standards set for responsible mining similar to those in developed countries like Canada and Australia to ensure protection of the environment.

Arroyo said all mining companies in the country should comply with all the mining laws including being transparent with information needed for communities to understand the fairness of their financial arrangements related to their operations.

They should protect and promote the health and safety of their workers and put in place an emergency preparedness and response plan to reduce the likelihood of accidents and emergencies and minimize the loss of life, injuries and damage to property, environment, health and social well-being if they occur.

Arroyo added that mining in conflict-affected and high-risk areas should ensure that they do not intentionally or unintentionally cause, contribute to, or benefit from human rights abuses or armed conflict.

A comprehensive and integrated mine waste management should also be put in place in order “to eliminate offsite contamination, and leave remaining mine features in a condition that brings about the least environmental and financial risk, and the most potentially useful land use, to future users,” the Pampanga solon stressed.

Politiko would love to hear your views on this...
Spread the love
Tags: Canada, Duterte administration, mining projects, Pampanga 2nd District Gloria Macapagal-Arroyo
Disclaimer:
The comments posted on this site do not necessarily represent or reflect the views of management and owner of POLITICS.com.ph. We reserve the right to exclude comments that we deem to be inconsistent with our editorial standards.