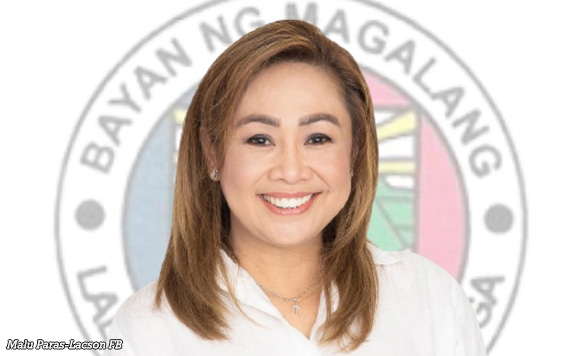 Lacson led by 8,818 votes against the incumbent, receiving 38,560 votes against Pecson’s 29,742 votes, according to partial unofficial results.

“I never thought we will have this much lead (in the mayoral race. This is the first time the people of Magalang decisively voted (for their mayor),” Lacson said during her victory speech as quoted in a Sun Star Pampanga report.

“I promised to make a good story in Magalang as your mayor. I will not fail you,” she said.

This was the latest rematch between the political rivals. In 2019, Lacson lost by 27 votes against Pecson. In 2016, then Mayor Pecson was beaten by Lacson by some 600 votes.

Politiko would love to hear your views on this...
Spread the love
Tags: Magalang, Maria Lourdes Paras-Lacson, Pampanga
Disclaimer:
The comments posted on this site do not necessarily represent or reflect the views of management and owner of POLITICS.com.ph. We reserve the right to exclude comments that we deem to be inconsistent with our editorial standards.