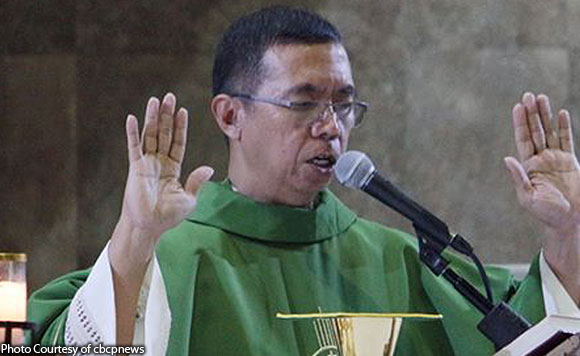 The CBCP said Santos, 50, will fill up a four-year-old vacancy in the Iba diocese.

Santos is currently the Vicar General and Moderator of the Curia of the Diocese of Malolos in Bulacan.

Iba’s previous bishop, Archbishop Florentino Labaras, had been appointed to head the Archdiocese of San Fernando in Pampanga in 2014.

Santos is the third Filipino to be appointed by Pope Francis so far this year.

Last Feb. 10, the Pope named Msgr. Abel Apigo of the Davao archdiocese as bishop of Mati in Davao Oriental. On Feb. 14, he appointed San Jose de Antique Bishop Jose Romeo Lazo as the new archbishop of Jaro in Iloilo.

Since 2009, Santos had also been serving as rector of the National Shrine of Our Lady of Fatima in Valenzuela City.

He took philosophy and theology studies at the University of Santo Tomas in Manila, and was ordained on Aug. 27, 1992.

Santos served as vicar in the San Pascual Baylon parish of Obando town from 1992 to 1994 and at the San Isidro Labrador Parish in Pulilan from 1994 to 1995.

He served as spiritual director and professor at the Immaculate Conception Minor Seminary of Malolos from 1995 until he left for Rome for further studies in 1996.

In 2009, he earned a Licentiate in Biblical Theology from the Pontifical Gregorian University.

When he returned to the Philippines, he resumed his rles in the minor seminary, and became rector from 2005 to 2009.

Politiko would love to hear your views on this...
Post Views: 0
Spread the love
Tags: Bishop, Catholic Bishops' Conference of the Philippines, Iba diocese, Immaculate Conception Minor Seminary of Malolos, Licentiate in Biblical Theology, Msgr. Bartolome Santos Jr., San Isidro Labrador Parish, Zambales province.
Disclaimer:
The comments posted on this site do not necessarily represent or reflect the views of management and owner of POLITICS.com.ph. We reserve the right to exclude comments that we deem to be inconsistent with our editorial standards.