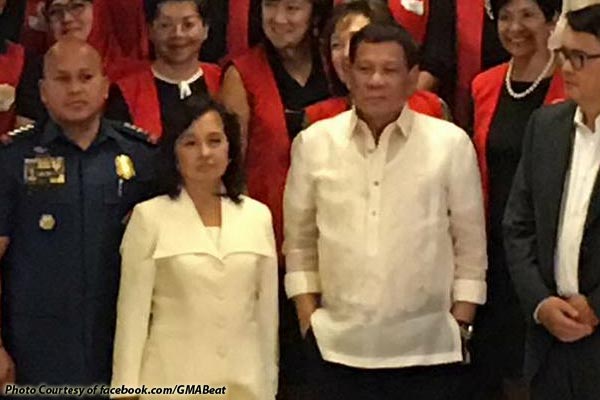 The Pampanga 2nd District representative was invited to Malacañang during the turnover of millions worth of donation for the families of slain troops deployed in Marawi City.

Duterte made his high-profile guests wait for almost two hours before arriving at the event, but the likes of Arroyo didn’t mind. After all, when you’re this close to power, why complain?

Politiko would love to hear your views on this...
Spread the love
Tags: Gloria Macapagal-Arroyo, Malacanang, Pampanga 2nd District, president Rodrigo Duterte
Disclaimer:
The comments posted on this site do not necessarily represent or reflect the views of management and owner of POLITICS.com.ph. We reserve the right to exclude comments that we deem to be inconsistent with our editorial standards.