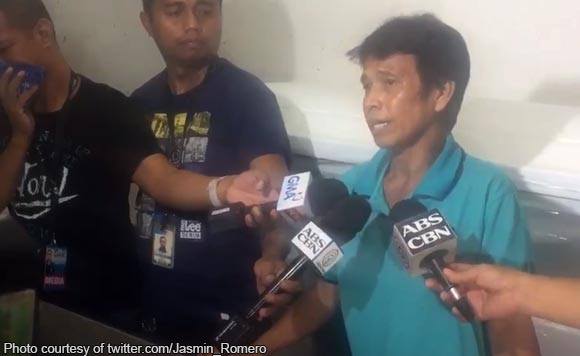 The family of Reynaldo de Guzman, the 14-year-old Grade 5 student who was found dead in a creek here, expressed hope President Rodrigo Duterte will help them find justice.

Eduardo Gabriel, the boy’s father, said if given an opportunity to talk to the President, he will personally seek his help.

Gabriel said his son was kind and used to help in his construction works and fish delivery.

“He was always full of jokes,” he said, adding his son was sweet and thoughtful.

The elder Gabriel said he could not bear the way his son met his death, having sustained 31 stab wounds based on initial forensic test.

“Especially the biggest wound in his lower abdomen. They are evils,” he said of the perpetrators of the crime. He added that he noticed some burn marks in his son’s back.

Police said this will further be verified in the forensic examination being conducted by the National Bureau of Investigation (NBI).

Supt. Peter Madria, Gapan City police chief, said they are collating more statements and evidence, including CCTV footage in areas leading to the creek. These may provide clues on the vehicle which the residents heard late night Monday or early morning Tuesday, he said.

Mayor Emerson Pascual lamented the incident, saying they have been successful in maintaining peace and order in the city since he started office.

“Gapan City is one of the most peaceful places in Nueva Ecija,” he said.

Pascual, who himself lost two siblings in a raid on the family-owned cockpit arena a few years back, said he could not imagine how people could kill a young and innocent boy.

The mayor, who is a member of Volunteers Against Crime and Corruption (VACC), took charge of the expenses for the victim’s funeral service. (PNA)

Politiko would love to hear your views on this...
Post Views: 0
Spread the love
Tags: funeral service, president Rodrigo Duterte, Reynaldo de Guzman, Volunteers Against Crime and Corruption
Disclaimer:
The comments posted on this site do not necessarily represent or reflect the views of management and owner of POLITICS.com.ph. We reserve the right to exclude comments that we deem to be inconsistent with our editorial standards.