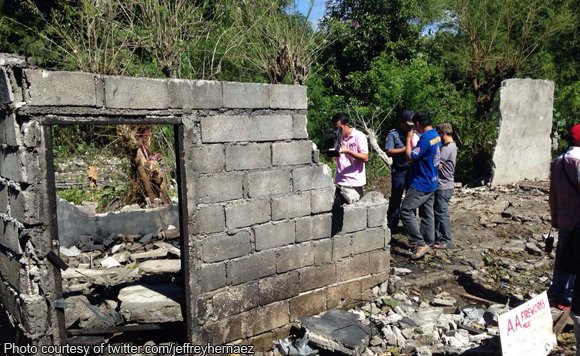 Operatives of the Sta. Maria Police Station on Thursday, November 24, have arrested the owner of the AA fireworks and filed charges against him following the blast that killed two toddlers and their mother and injured four others in Sitio Banca-Bancaan, Barangay Bulong Buhangin in the above-mentioned locality November 23.

Their mother, Mary Grace Mayo, 28, also died later in a hospital. The three came to the factory to just bring food for the head of their family, 29-year-old Benjie Mayo, who works at the factory.

Politiko would love to hear your views on this...
Post Views: 0
Spread the love
Tags: Barangay Bulong Buhangin, Benjie Mayo, Jr., Raymund Muntante, Romeo Caramat, Ryan Magnai, Sitio Banca-Bancaan, Sta. Maria Police Station
Disclaimer:
The comments posted on this site do not necessarily represent or reflect the views of management and owner of POLITICS.com.ph. We reserve the right to exclude comments that we deem to be inconsistent with our editorial standards.