Hugpong to kick off 2019 campaign with Pampanga rally 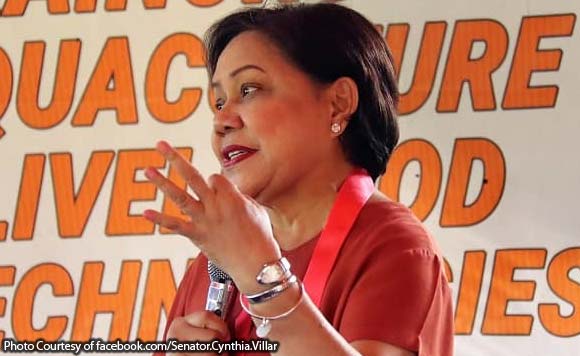 Hugpong ng Pagbabago (HNP), the regional party of Davao City Mayor Sara Duterte, will hold its first-ever rally to kick off the campaign for the 2019 polls in Pampanga on February 12, according to Senator Cynthia Villar.

When asked why Pampanga was chosen as the place to kick off HNP’s campaign, Villar said it may have something to do with the party’s alliance with the party of Pampanga Governor Lilia Pineda.

The senator said the HNP would endorse 14 senatorial candidates, which could possibly be cut down to 12 later on.

“I think i-endorse kami ng mga ka-align namin sa Pampanga (I think that we will be endorsed by our allies in Pampanga),” Villar said.

Villar further noted that all three Nacionalista Party senatorial candidates would be endorsed by HNP.

These include her, Taguig Rep. Pia Cayetano and Ilocos Norte Governor Imee Marcos.

Villar said the party’s campaign would start in Central and Northern Luzon, then to Visayas, and Mindanao as the end destination.

“Kasi nakita ko ang schedule parang magsisimula sa Pampanga papuntang Northern Luzon. May tentative schedule na hanggang the end, March, April. Parang ang mauuna is Central and Northern Luzon tapos babalik siguro Southern Bicol. And then we go to Visayas, parang ending is Mindanao (Based on the schedule, it will start in Pampanga then towards Northern Luzon. The tentative schedule is until the end of March or April. We will start off with Central and Northern Luzon, then we will go to Southern Bicol. And then we go to Visayas, and the ending is Mindanao),” she said.

Politiko would love to hear your views on this...
Post Views: 0
Spread the love
Tags: Davao City Mayor Sara Duterte, Governor Lilia Pineda, Hugpong ng Pagbabago (HNP), Pampanga, Senator Cynthia Villar
Disclaimer:
The comments posted on this site do not necessarily represent or reflect the views of management and owner of POLITICS.com.ph. We reserve the right to exclude comments that we deem to be inconsistent with our editorial standards.