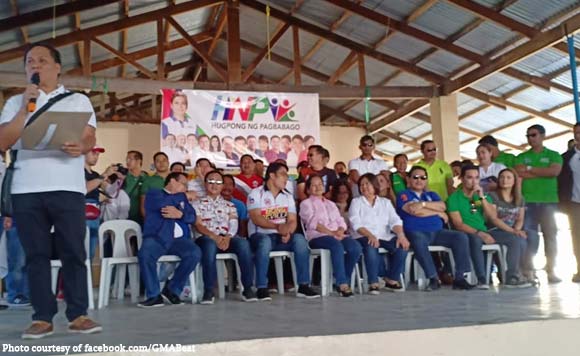 Senatorial candidates under the Hugpong ng Pagbabago coalition wooed voters in some towns of Pampanga on Friday.

The candidates for the May elections went to Porac, Floridablanca and Lubao. They were also set to visit Sasmuan, Guagua and Sta. Rita towns.

The HNP is led by presidential daughter and Davao City Mayor Sara Duterte-Carpio.(END)