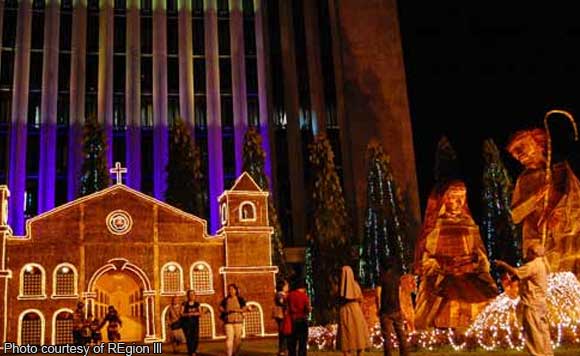 The Committee on Good Government and Public Accountability recommended to the House of Representatives to nullify the sale of Paskuhan Village in Pampanga between the Tourism Infrastructure and Enterprise Zone Authority (Tieza) and Premier Central Incorporated.

In its 13-page report, the Committee ruled that Tieza officials, formerly headed by Mark Lapid, committed malfeasance in the performance of their duties for misapplication of the law and abuse of authority

The report said there were lapses in sale of Paskuhan and officials of TIEZA may be held accountable.

The Committee also enjoined the Registrar of Deeds of Pampanga “from acting on any transfer of the title over the Paskuhan Village property” pending the resolution of the action for the nullification of the sale.

The tourism and cultural site is one of the 13 government-owned properties under Tieza which have been eyed for privatization.

Politiko would love to hear your views on this...
Post Views: 3
Spread the love
Tags: Committee on Good Government and Public Accountability, House of Representatives, Pampanga, Paskuhan Village, Premier Central Incorporated, Tourism Infrastructure and Enterprise Zone Authority
Disclaimer:
The comments posted on this site do not necessarily represent or reflect the views of management and owner of POLITICS.com.ph. We reserve the right to exclude comments that we deem to be inconsistent with our editorial standards.