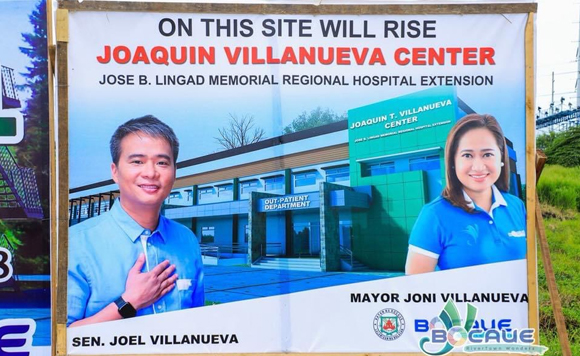 The House of Representatives has unanimously approved a bill creating the first nationally-funded Level II hospital in Bulacan province, granting the wish of the late Bocaue Mayor Joni Villanueva-Tugna.

The hospital will be called the Joni Villanueva General Hospital in honor of the daughter of Deputy Speaker Eddie Villanueva and sister of Senator Joel Villanueva, and the wife of former Cibac party-list Rep. Sherwin Tugna.

The bill seeks to establish the first national general hospital in Bulacan that will be under the direct control and supervision of the Department of Health.

“This project was Mayor Joni’s brainchild – from donating her own land property to be the site of this hospital, into lobbying the national government for appropriations needed for its operations – she did it all,” Deputy Speaker Villanueva was quoted as saying in a Manila Bulletin report.

“Mayor Joni gave her all in the service of the people of Bocaue,” he said in the report.

The proposed hospital will cater not only to patients coming from Bocaue and Bulacan, but also other cities and towns in Central Luzon and Metro Manila, according to the report.

Politiko would love to hear your views on this...
Post Views: 22
Spread the love
Tags: Bocaue, House of Representatives, Joni Villanueva General Hospital, Joni Villanueva-Tugna, Senator Joel Villanueva
Disclaimer:
The comments posted on this site do not necessarily represent or reflect the views of management and owner of POLITICS.com.ph. We reserve the right to exclude comments that we deem to be inconsistent with our editorial standards.