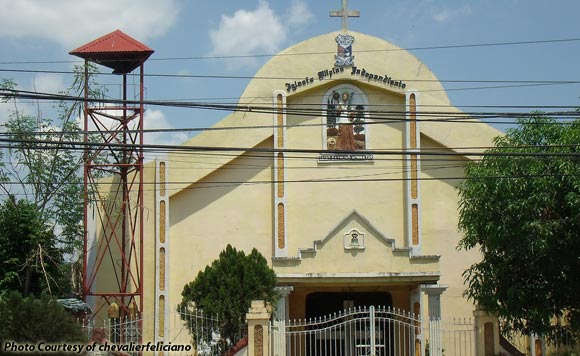 He is not and has never been a member.

This was how the Iglesia Filipina Independiente (Aglipayan Church) disowned a priest who was arrested in an anti-drug operation in Tarlac last Aug. 8.

Police had identified the arrested priest as Randy Valdez, 35, who was caught in Poblacion Norte in Tarlac. Valdez introduced himself to policemen as a priest.

“(Valdez) is not and has never been a member of IFI… Before I became a bishop, I worked in our national office, and I did not encounter his name,” said IFI Tarlac Bishop Dindo Ranojo.

The National Council of Churches of the Philippines said Valdez eventually admitted he is not from the IFI but from the Philippine Independent Catholic Church, a faction of the IFI.

While Valdez claimed he had resigned from the IFI, Ranojo said Valdez was never a member of the IFI in the first place.

Ranojo reiterated the IFI, which has more than six million members has “no priest involved in drugs.”

Politiko would love to hear your views on this...
Post Views: 11
Spread the love
Tags: Aglipayan Church, Aglipayans, IFI Tarlac Bishop Dindo Ranojo, Iglesia Filipina Independiente, National Council of Churches of the Philippines, Philippine Independent Catholic Church, Poblacion Norte, Tarlac drug bust
Disclaimer:
The comments posted on this site do not necessarily represent or reflect the views of management and owner of POLITICS.com.ph. We reserve the right to exclude comments that we deem to be inconsistent with our editorial standards.