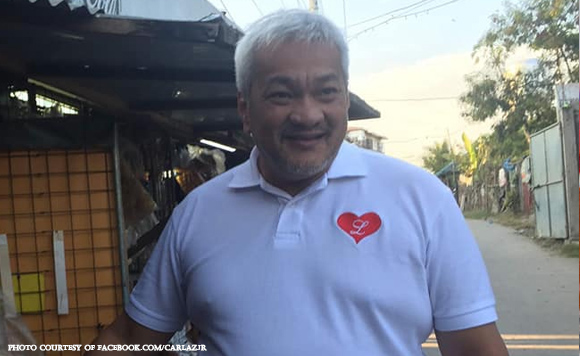 As quoted in a Punto Central Luzon report, the mayor told a media forum that Diaz expressed willingness when he asked her to “train our trainors” in weightlifting in Angeles City.

Diaz is a native of Zamboanga City but currently resides in Barangay Margot in Angeles City.

According to the Punto report, Lazatin said that when Diaz won the silver medal during the 2016 Rio Olympics the city council recognized her for bringing pride to Angeles.

“But now that I am the mayor, I will be pursuing weightlifting as a sport starting at the grassroots level with the help of Diaz who agreed to train our coaches so that they in turn can train our athletes in the barangays,” he said.

Politiko would love to hear your views on this...
Spread the love
Tags: Angeles weightlifters, Hidilyn Diaz, Mayor Carmelo Lazatin Jr.
Disclaimer:
The comments posted on this site do not necessarily represent or reflect the views of management and owner of POLITICS.com.ph. We reserve the right to exclude comments that we deem to be inconsistent with our editorial standards.