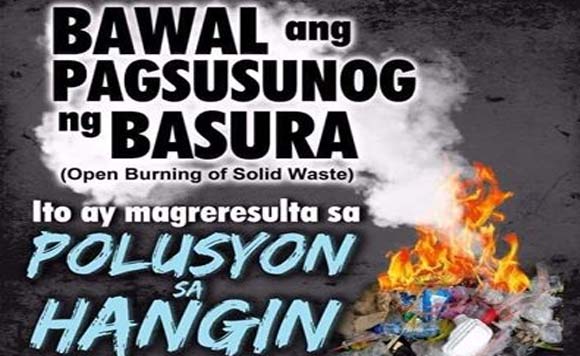 Bataan Rep. Geraldine Roman has urged the public to be more conscientious of their waste disposal activities.

On a Facebook advisory, the politiko warned that burning trash, including dried leaves, could leave harmful effects on the environment.

While the practice of “pagsisiga” or or burning as a way of disposing garbage such as leaves or wood has been a major practice in Filipino households, Roman said the public should know that it contributes to pollution, that could in turn harm our health.

Politiko would love to hear your views on this...
Spread the love
Tags: Bataan, disposal activities, HEALTH, public, Rep. Geraldine Roman
Disclaimer:
The comments posted on this site do not necessarily represent or reflect the views of management and owner of POLITICS.com.ph. We reserve the right to exclude comments that we deem to be inconsistent with our editorial standards.