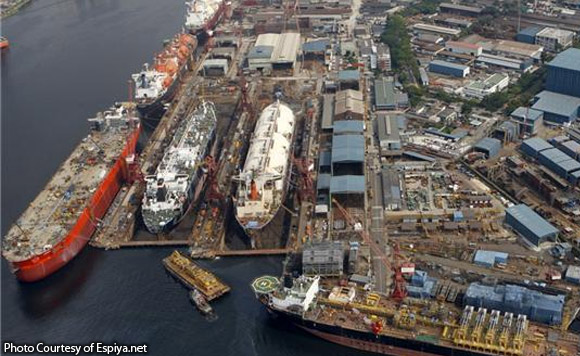 Members of the youth groups and other sector joined the Hanjin workers in a picket protest Sunday in front of the shipyard in Subic, Zambales.

The protesters brought with them placards and streamers seeking justice for the workers of Hanjin Heavy Industries Corporation Philippines (HHIC Phils) as shown in the video posted on the Facebook page of Kilusang Mayo Uno (KMU).

According to the protesters, the administration of Hanjin has turned a blind eye to the sufferings of their workers and there were frequent work related injuries and deaths in their factory.

They also condemned the retrenchment of workers and alleged unjust policies in the company.

Last month an accident occurred at the Hanjin shipyard, resulting to the death of one worker and injury of three others.

Politiko would love to hear your views on this...
Spread the love
Tags: deaths, Hanjin Heavy Industries Corporation Philippines (HHIC Phils), Hanjin workers, Kilusang Mayo Uno (KMU), Subic, Zambales
Disclaimer:
The comments posted on this site do not necessarily represent or reflect the views of management and owner of POLITICS.com.ph. We reserve the right to exclude comments that we deem to be inconsistent with our editorial standards.