All hands on deck: Gov Alvarado places all Bulacan on alert for ‘Nina’ 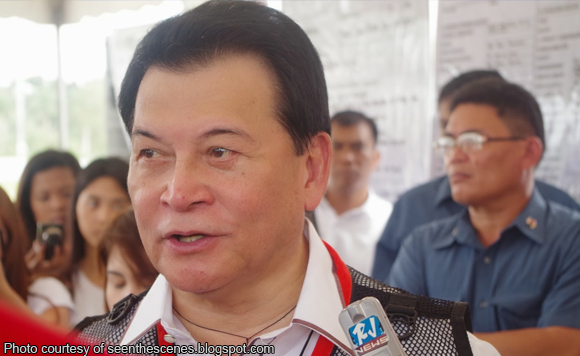 Bulacan Governor Wilhelmino M. Sy-Alvarado placed all emergency responders of the province in 24-hour alert for the possible impact of Typhoon “Nina” which expected to pass nighttime of Christmas Day, December 25.

“Let us all pray. But, we need to be prepared and ready. Thus, even on the day our Lord Jesus Christ was born, we will continuously monitor the situation for the safety of our provincemates,” the politiko said to the members Provincial Disaster Risk Reduction and Management Council during the “Pre-Disaster Risk Assessment” meeting Saturday, December 24.

Mungcal said that based on official weather forecast of government meteorologists, the storm will hit Bulacan and other areas of Central Luzon on December 25 and 26.

Alvarado said teams have already been conducting public warning on areas prone to landslides and floods as well as in the coastal towns of Bulacan where storm surge could occur.

The politiko also said that the PDRRMO was closely monitoring the situation at the three major dams in Bulacan namely Angat, Ipo and Bustos which have been preemptively releasing excess waters since December 20 after the water elevation at Angat dam breached its spilling level of 212 meters.

From December 20 to 23, Angat dam has discharged a total of 959 meters of excess water while Bustos dam released 503 meters of water and Ipo dam discharged 145 meters.

Politiko would love to hear your views on this...
Spread the love
Tags: Bulacan, Bustos, Liz Mungcal, Lord Jesus Christ, Typhoon "Nina", Wilhelmino M. Sy-Alvarado
Disclaimer:
The comments posted on this site do not necessarily represent or reflect the views of management and owner of POLITICS.com.ph. We reserve the right to exclude comments that we deem to be inconsistent with our editorial standards.