Guv Jerry Noveras gets P100,000 from Landbank after Lawin wrath 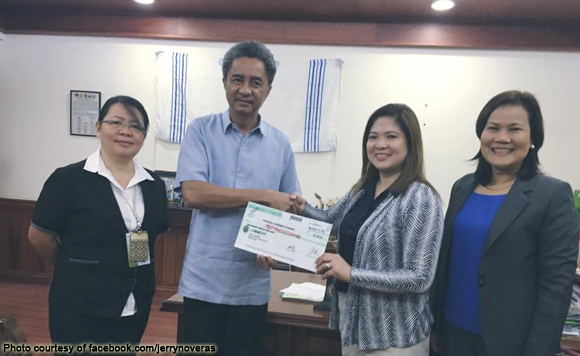 Governor Gerardo “Jerry” Noveras received a P100,000 check from Land Bank of the Philippines, which was personally delivered by officials of the state-run bank. The amount represents financial aid for areas most affected by supertyphoon Lawin that plummeted across Northern Luzon.

The amount can help replenish funds spent by the local government for relief and repair efforts after the storm. Thank you po sa aguinaldo!

Politiko would love to hear your views on this...
Post Views: 1
Spread the love
Tags: Governor Gerardo "Jerry" Noveras, Northern Luzon, supertyphoon Lawin
Disclaimer:
The comments posted on this site do not necessarily represent or reflect the views of management and owner of POLITICS.com.ph. We reserve the right to exclude comments that we deem to be inconsistent with our editorial standards.