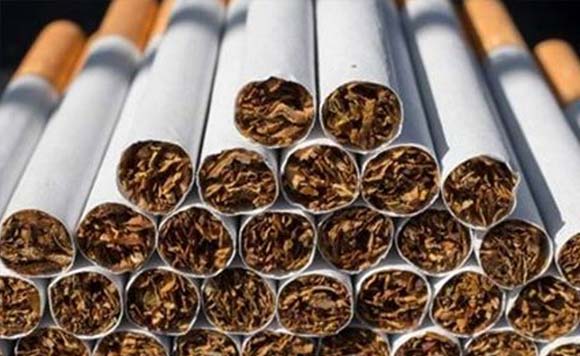 A big retail store in Guagua town in Pampanga province was raided by police and Bureau of Internal Revenue personnel following complaints identifying it as the supplier of illicit cigarettes in neighboring towns.

The operation involved Emydel Store at the Guagua Public Market and a fenced lot located at Pascual Village, Barangay Bancal also in Guagua both owned by a certain Emmanuel L. Pring, according to a report in Punto newspaper.

The report said the authorities were acting on a mission order issued by Bureau of Internal Revenue–Region 3 group head Gene M. Bragais and Capt. Christopher Obien, commander of the Regional Mobile Force Batallion 3, 302nd Maneuver based in Lubao.

A Nissan Urvan with plate number CAF9966 was parked in the fenced property “loaded with 12,663 packs of assorted cigarette contraband including Two Moon products,” the report said.

The BIR said the potential excise tax to be collected from the seized products and fines imposed on the operator could amount to more than P7 million.

Politiko would love to hear your views on this...
Post Views: 33
Spread the love
Tags: Guagua, neighboring towns, Pampanga province, Pascual Village
Disclaimer:
The comments posted on this site do not necessarily represent or reflect the views of management and owner of POLITICS.com.ph. We reserve the right to exclude comments that we deem to be inconsistent with our editorial standards.