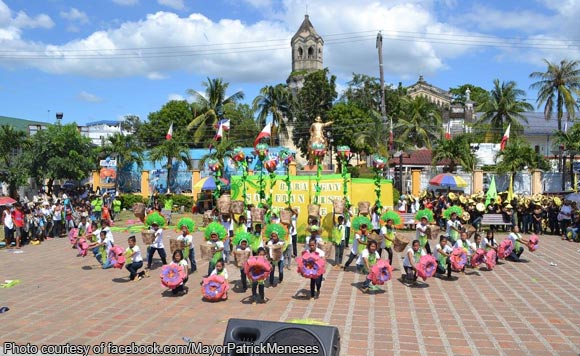 BULAKAN, Bulacan — Bulakenyos commemorated on Wednesday the 143rd birth anniversary of the young general of the Philippine Revolutionary Army, Gregorio H. Del Pilar, in a simple yet meaningful way.

The celebration dubbed as “Catorse De Noviembre” was highlighted with a parade and street dance participated in by residents dressed in colorful costumes.

Town Mayor Patrick Meneses, together with other local officials, led the formal opening of the annual celebration that started 13 years ago in remembrance of the young general who was born in this town on Nov. 14, 1875.

They offered flowers at the shrine of Del Pilar, who is also known as “Heneral Goyo.”

Meneses said the first celebration was organized in 2005 by his father, former Mayor Ricky Meneses and is now a crowd-drawing attraction like the Panagbenga Festival in Baguio, Sinulog Festival in Cebu and Dinagyang Festival in Iloilo.

A street-dancing competition dubbed as “Indakan sa Kalye,” was held Wednesday with the town’s 14 barangays as participants.

Politiko would love to hear your views on this...
Spread the love
Tags: Bulacan, Bulakan, Bulakenyos, Catorse De Noviembre, Gregorio H. Del Pilar, Philippine Revolutionary Army
Disclaimer:
The comments posted on this site do not necessarily represent or reflect the views of management and owner of POLITICS.com.ph. We reserve the right to exclude comments that we deem to be inconsistent with our editorial standards.