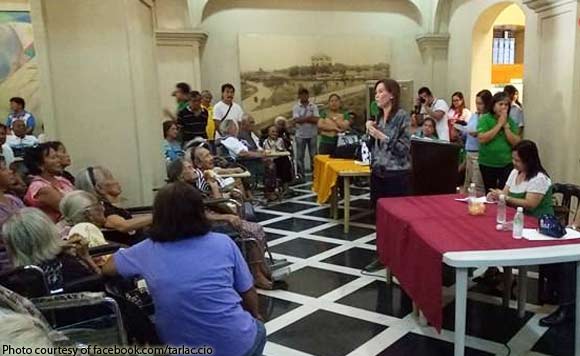 Tarlac Governor Susan Yap on July 5 awarded the province’s centenarians an additional P100,000 each apart from the similar amount given by the national government.

The Tarlac politiko gave P100,000 each to 25 centenarians as part of the provincial government’s commitment to help senior citizens.

The Department of Social Welfare and Development, via Republic Act 10868, gives P100,000 in cash to new centenarians in each province every year.

In total, new centenarians in Tarlac will receive P200,000.

Politiko would love to hear your views on this...
Spread the love
Tags: Department of Social Welfare and Development, Governor Susan Yap, Tarlac
Disclaimer:
The comments posted on this site do not necessarily represent or reflect the views of management and owner of POLITICS.com.ph. We reserve the right to exclude comments that we deem to be inconsistent with our editorial standards.