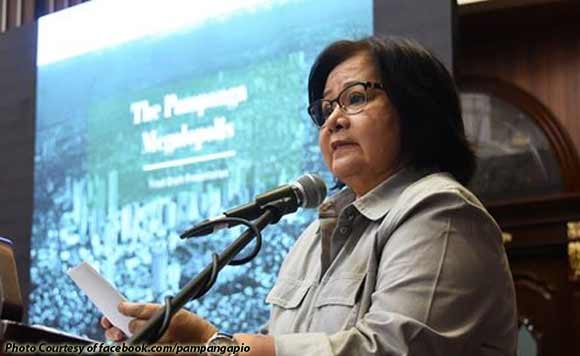 The “Pampanga Golden Triangle” proposal originally batted for a super city for Pampanga which will integrate the City of San Fernando to Lubao, Angeles City to Clark Freeport and Porac to Subic Bay Freeport.

Pineda urged Kapampangans to work together to realize the megalopolis plan for the province.

Arroyo also called on the province’s mayors to finalize their future projects so the budget can be allocated in the megalopolis plan.#

Politiko would love to hear your views on this...
Post Views: 3
Spread the love
Tags: Clark Freeport, Felino Palafox Jr., Gloria Macapagal-Arroyo, megalopolis, Pampanga, Pampanga Golden Triangle, Pampanga Governor Lilia Pineda
Disclaimer:
The comments posted on this site do not necessarily represent or reflect the views of management and owner of POLITICS.com.ph. We reserve the right to exclude comments that we deem to be inconsistent with our editorial standards.