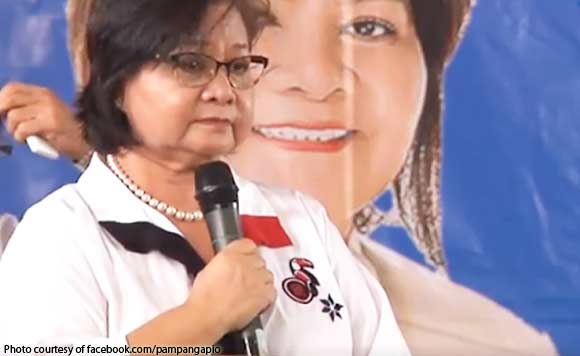 Pampanga Governor Lilia Pineda has pledged a P6 million-donation for the rehabilitation of Marawi City.

The Pampanga politiko said she already asked the Provincial Council to allocate funds for the province’s donation last June.

Marawi City has been destroyed by the clashes between government forces and homegrown terrorist groups since May.

Pineda also said she and other provincial officials were supposed to fly to Marawi City to give assistance but was advised to postpone the trip because of the ongoing clashes.

Politiko would love to hear your views on this...
Spread the love
Tags: Marawi City, Pampanga Governor Lilia Pineda
Disclaimer:
The comments posted on this site do not necessarily represent or reflect the views of management and owner of POLITICS.com.ph. We reserve the right to exclude comments that we deem to be inconsistent with our editorial standards.