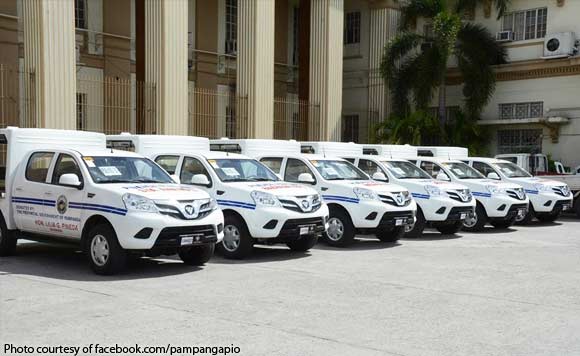 Pampanga Governor Lilia Pineda on July 13 led the turnover of P20-million worth of patrol cars and communication gadgets to the province’s police units.

The Pampanga politiko turned over 24 police cars and 48 cellphones in a bid to boost the police’s anti-criminality operations.

Pineda said the new vehicles will help in the implementation of drug operations and speed up the police’s response during emergencies.

Pineda reminded the police that the vehicles must only be used for official purposes.

Politiko would love to hear your views on this...
Spread the love
Tags: Pampanga Governor Lilia Pineda
Disclaimer:
The comments posted on this site do not necessarily represent or reflect the views of management and owner of POLITICS.com.ph. We reserve the right to exclude comments that we deem to be inconsistent with our editorial standards.