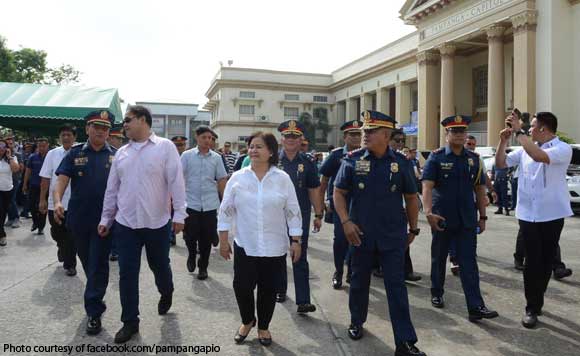 Pampanga Governor Lilia Pineda on July 9 has ordered the police to go after the “big fish” of the illegal drugs industry.

The Pampanga politiko gave instructions to the provincial police and the Philippine Drug Enforcement Agency in Central Luzon to also go after the suppliers of illegal drugs in the province and not just the users and small-time pushers.

“I also told them to have a meeting with the Philippine National Police, PDEA, Bureau of Jail Management and Penology, and National Bureau of Investigation to further study our coordination in going after these big drug personalities and end this decade-long problem,” Pineda.

She said the arrested street-level drug suspects comprise almost 70% of inmates in the province’s jails.

Politiko would love to hear your views on this...
Spread the love
Tags: Pampanga Governor Lilia Pineda, Philippine Drug Enforcement Agency, Philippine National Police
Disclaimer:
The comments posted on this site do not necessarily represent or reflect the views of management and owner of POLITICS.com.ph. We reserve the right to exclude comments that we deem to be inconsistent with our editorial standards.