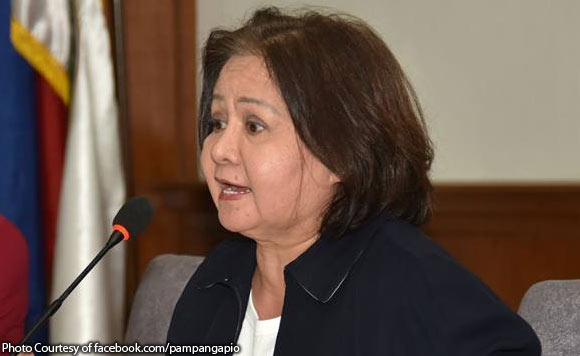 Bulacan Governor Lilia Pineda has said that her administration has earmarked P16.6 billion for the benefits of the Kapampangan since she assumed office in 2010.

Apart from health, education and infrastructure services, she also cited the aid for employment and livelihood, social, agriculture, fishery and livestock services.

Pineda also said that her government has given priority to disaster, solid waste management and peace and order.

“May you not forget what the provincial government has started,” she said as her term ends in 2019.

Some 4,404 people, composed of newly elected barangay captains and kagawads, attended the summit.

Politiko would love to hear your views on this...
Spread the love
Tags: Barangay Captains, Bren Z. Guiao Convention Center (BZGCC), Bulacan, Governor Lilia Pineda, infrastructure services, livestock services, P16.6 billion
Disclaimer:
The comments posted on this site do not necessarily represent or reflect the views of management and owner of POLITICS.com.ph. We reserve the right to exclude comments that we deem to be inconsistent with our editorial standards.