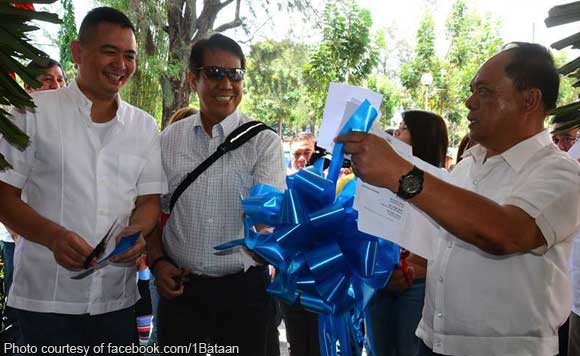 Bataan Governor Albert Garcia led the opening of the National Bureau of Investigation’s (NBI) satellite office in the province on Wednesday, April 19.

Located in Balanga, the NBI Bataan satellite office had its soft opening last April 3 but only formally opened after the ribbon-cutting and blessing Wednesday, a 1bataan.com article said.

The satellite office is located inside the Provincial Capitol Compound, meaning it can easily be accessed by Bataeños.

Now, Bataeños won’t need to travel to Manila, Pampanga, or Olongapo City to get their NBI clearances.

Politiko would love to hear your views on this...
Spread the love
Tags: Balanga, Bataan Governor Albert Garcia, Bataeños, Manila, National Bureau of Investigation, National Director Dante Gierran, Olongapo City., Pampanga, Region III Director George Jularbal, satellite office, Wednesday
Disclaimer:
The comments posted on this site do not necessarily represent or reflect the views of management and owner of POLITICS.com.ph. We reserve the right to exclude comments that we deem to be inconsistent with our editorial standards.