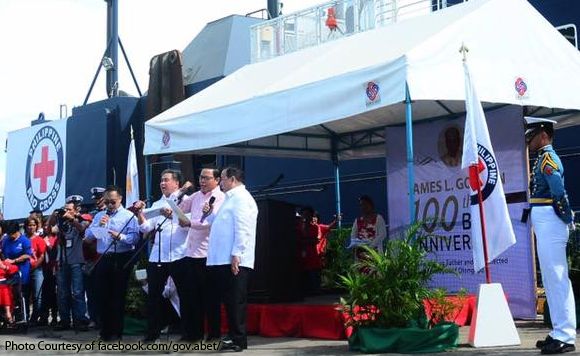 The event– photos of which were posted on Garcia’s Facebook page–was attended by Subic Bay Metropolitan Authority Chair (SBMA) Martin Diño and Senator Richard Gordon. Gordon was once SBMA chairman and administrator.

The officials held the commemoration in front of the M/V Susitna, the new humanitarian ship of the Philippine Red Cross.

Politiko would love to hear your views on this...
Post Views: 0
Spread the love
Tags: Governor Abet Garcia, Olongapo City.
Disclaimer:
The comments posted on this site do not necessarily represent or reflect the views of management and owner of POLITICS.com.ph. We reserve the right to exclude comments that we deem to be inconsistent with our editorial standards.