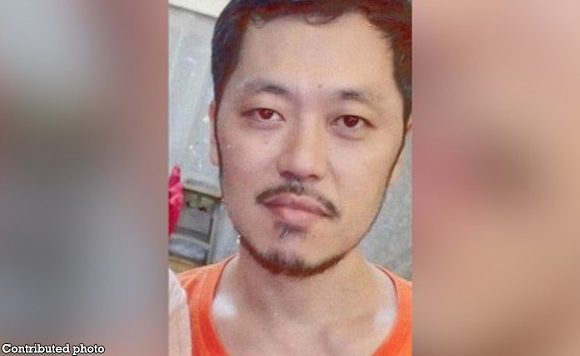 CITY OF SAN FERNANDO, Pampanga – Governor Dennis Pineda on Thursday offered a P300,000 reward for the capture of a Korean national who was detained at the Pampanga Provincial Jail but managed to escape from his escorts on the way back to the facility from a court in Tarlac City.

Charlie Chua, provincial administrator, said the governor offered the reward after Lee Jinsoo, consul of the Korean Embassy, personally visited his office to appeal for the immediate capture of the Korean fugitive and the filing of appropriate charges against the prison guards who might be involved in the escape.

Earlier today, Pineda ordered the preventive suspension and filing of criminal charges against the five wardens following the escape of Park Wang Yeol on Wednesday.

Provincial warden, Col. Edwin Mangiliman said a criminal case for infidelity in the custody of prisoner and administrative charges were filed against Randy Sibug, Clarito Mendoza, Danilo Gonzales, Danigen Aragon and Carlo Layag, all ranked Prison Guard 1, after Park escaped in an eatery along MacArthur Highway in Barangay San Rafael, Tarlac City at around 10 a.m.

At that time, Park and the prison guards were on their way back to the Pampanga Provincial Jail from the Regional Trial Court Branch 64 in Tarlac City after the Korean’s arraignment on charges of illegal possession of firearms was reset.

Inside the eatery, the five escorts went to the table to order food while the prisoner went straight to the comfort room.

According to police, Park escaped through the ventilation window of the comfort room.

The police have flashed alarms for Park’s capture.

“At my instruction, the Pampanga police have been tracking down the whereabouts of Park,” the governor said.

Park had been detained at the Pampanga Provincial Jail since 2016 for three counts of murder in Bacolor town, this province.

The case for illegal possession of firearms against the Korean, on the other hand, is lodged at the RTC Branch 64 in Tarlac City.

As of press time, police are still confirming if Park had already booked a flight out of the country.

Politiko would love to hear your views on this...
Post Views: 2
Spread the love
Tags: Governor Dennis Pineda, Korean national, Pampanga, San Fernando, Tarlac City
Disclaimer:
The comments posted on this site do not necessarily represent or reflect the views of management and owner of POLITICS.com.ph. We reserve the right to exclude comments that we deem to be inconsistent with our editorial standards.