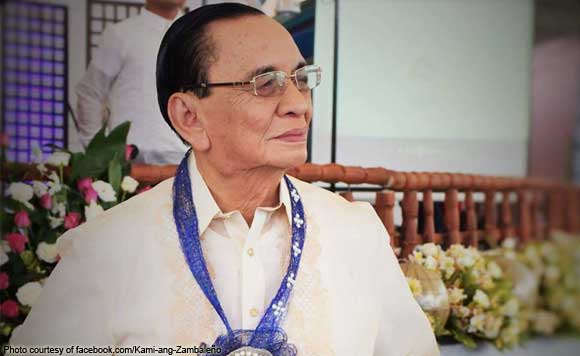 The provincial government of Zambales has allotted some PHP4 billion for various infrastructure and development projects in the province in a span of one year of the Deloso administration.

“There are so many infrastructure projects that are being implemented in our province. You can see the almost simultaneous blessing of new school buildings and other infrastructures,” Governor Amor Deloso said.

The governor said that the province needed to build more schools and other social development infrastructure projects to empower all, especially the youth sector, towards brighter future.

Aside from the PHP4-billion projects the province has funded, Deloso also disclosed the revival of the Tarlac-Iba Road project through the persistence of Rep. Cheryl Deloso-Montalla (1st District) and the support of Department of Public Works and Highways (DPWH) Secretary Mark Villar. The PHP7.2-billion when finished will connect Iba, Zambales to Capas, Tarlac and open the vast land area for new investors.

“The reason why I am eager to open the Tarlac-Iba Road is because there is an international airport at the end of the road with seven-kilometer runway. Zambales needs an airport because soon it will become premier province in this part of the Philippines,” he said.

He also said that the province is one of the two provinces selected to receive PHP1.6-billion from the Philippine Rural Development Fund Program. The other province is Bulacan.

But the governor expressed firmness that he will not allow heavy industries in the province, especially in the northern Zambales as tourism remains the best industry for the province.

“We have the most beautiful beach areas and natural resources that even the Philippine Sports Commission (PSC) is requesting for a 200-hectare land space here for the construction of Philippine Olympic Village where all the Olympic-bound athletes will be trained,” he said.

The governor said the project will open job and business opportunities to residents of Zambales, noting that in the last hosting of Private Schools Athletic Association (PRISAA) National Games, the business sector were very happy because of the estimated PHP46 million they earned in sales and services.

Other tourism projects that await implementation are the marking as national landmarks of Mount Tapulao, the highest mountain in the province; Mount Pinatubo Crater, a favorite destination for trekkers, mountain climbers and adventurists; the Hidden Shrine in San Marcelino, among others. A cable car was planned to construct that will stretch from the summit of Mt. Tapulao down near the beach areas.

“With the help of Cong. Cheryl (Montalla) and the support of the Provincial Board headed by Vice Gov. Angel Magsaysay, we are emerging as primary province in the matters of tourism,” Deloso said.

Meanwhile, Deloso lauded former governor Vicente Magsaysay for donating 300 hectares of family land in Barangay Rosario to be established as government center where the provincial buildings, including the provincial capitol, and all government offices will be transferred.

Likewise, Deloso’s family also donated 300 hectares of land in Barangay Bulawen where a new convention center will be constructed.

The provincial government, the governor assured, will not spend a centavo for these projects because the funds will come from the private-public partnership (PPP) program.

“And for the last twelve months, I can say that we earned 80 points. We had earned a good rating but we can do more,” Deloso said, as he commended the members of the provincial board and Vice-Gov. Magsaysay, for the supporting his administration. (PNA)

Politiko would love to hear your views on this...
Spread the love
Tags: Barangay Bulawen, Governor Amor Deloso, Philippine Sports Commission, private-public partnershi, provincial government of Zambales
Disclaimer:
The comments posted on this site do not necessarily represent or reflect the views of management and owner of POLITICS.com.ph. We reserve the right to exclude comments that we deem to be inconsistent with our editorial standards.