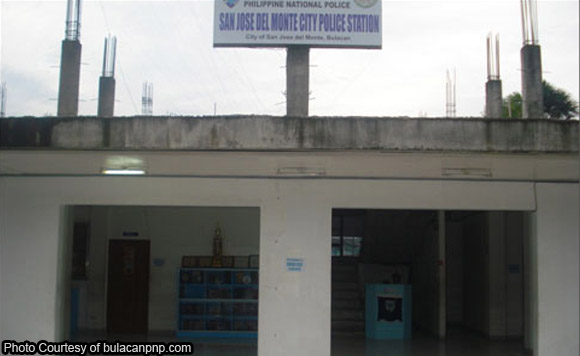 The governor presented a plaque of recognition to Supt. Macariola for diligently solving one of the most heinous crimes committed in the province.

“Col. Macariola and the SJDM city police force, who as true public servants have shown utmost professionalism and dedication to duty, in the conduct of the speedy investigation and early resolution of the June 27 multiple murder case of the Dizon-Carlos family at North Ridge Royal Subdivision, Barangay Sto Cristo. The competence and leadership bespeak well of the positive reflection of you and the entire PNP meriting the respect and admiration of the people in the community, “ Alvarado said as he congratulated Macariola and Caramat during the ceremony.

Vice Gov. Fernando, for his part, said that this achievement is a fitting example that the five pillars of justice in Bulacan are indeed working well.

Barely a day after the grizzly murders were discovered by security guard and the victims’ patriarch Dexter Carlos Sr., the SJDM police arrested Carmelino Ibanez alias “Miling” after an eyewitness appeared at the police station.

“If you remember, Ibanez or ‘Miling’ admitted his participation in the gruesome killing of Carlos family on June 28, 2017 in the presence of his immediate family inside their house which resulted to his eventual arrest. Likewise, he reiterated his admission regarding his participation on the crime during exclusive interviews with different news networks and mentioned alias ‘Inggo’ (Rolando Pacinos) and alias ‘Tony’ (Anthony Garcia) as his cohorts in perpetrating said crime,” Caramat said.

The two other persons of interest (POIs) Roosevelt Serema alias “Ponga” and Alvin Mabesa were mentioned by confidential informants.

Pacinos, Serema and Garcia have been found dead one after the other recently.

The four POIs were all negative in the DNA test from samples found at the crime scene but Caramat said it does not mean that they are excluded from investigation on the said crime.

Ibanez admitted the crime but later recanted his statement. However, the forensic results of the Bulacan PNP Crime Laboratory pinned him down.

He was arraigned last week and pleaded not guilty at the sala of Bulacan RTC Branch 78 Judge Gregorio Sampaga.

Ibanez is now detained at the Bulacan Provincial Jail. (PNA)