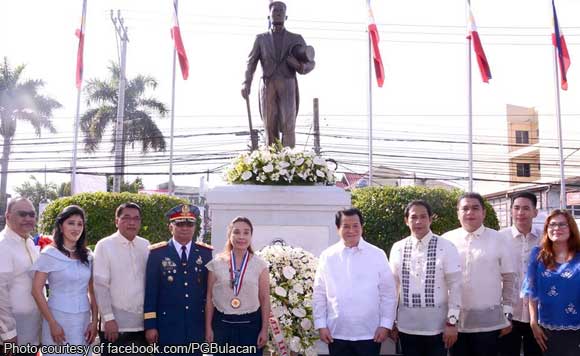 Bulacan Governor Wilhelmino Sy-Alvarado, during the Independence Day celebration held at the Barasoain Church, encouraged Bulakenyos to continue the fight for freedom.

The Bulacan politiko also urged Bulakenyos to acknowledge those sacrificed their lives for independence.

Senator Loren Legarda, who was guest of honor, said diversity should be used as a tool for unity.

“Let us dedicate today’s Independence Day celebration to those who have invested their lives so that we would have freedom, not just for Marawi but for the whole country,” Legarda said.

Politiko would love to hear your views on this...
Post Views: 0
Spread the love
Tags: Barasoain Church, Bulacan, Governor Wilhelmino Sy-Alvarado, Independence Day, Mindanao, Philippine troops, Senator Loren Legarda
Disclaimer:
The comments posted on this site do not necessarily represent or reflect the views of management and owner of POLITICS.com.ph. We reserve the right to exclude comments that we deem to be inconsistent with our editorial standards.