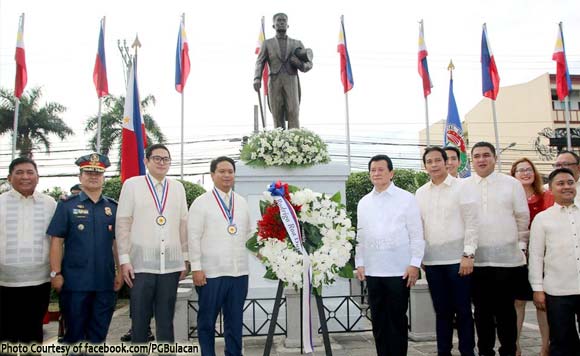 They were joined by other politikos as Bulacan commemorated the 119th anniversary of the Malolos Congress held at Barasoain Church in Malolos City.

The Malolos Congress was the constituent assembly of the First Philippine Republic under Aguinaldo.

Politiko would love to hear your views on this...
Post Views: 0
Spread the love
Tags: Aguinaldo, Barasoain Church, Bulacan, First Philippine Republic, Governor Wilhelmino Sy-Alvarado, Malolos City, Malolos Congress, President Emilio Aguinaldo, Vice Governor Daniel Fernando
Disclaimer:
The comments posted on this site do not necessarily represent or reflect the views of management and owner of POLITICS.com.ph. We reserve the right to exclude comments that we deem to be inconsistent with our editorial standards.