Gov Alvarado bemoans lack of water for Bulacan farmers, IPs despite having Angat dam in their backyard 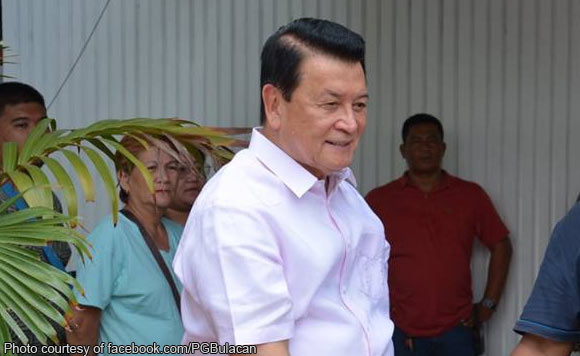 Outgoing Governor Wilhelmino Sy-Alvarado has called on the management of Angat Dam to look for quick solutions to address the concerns of Bulakenyos, particularly farmers and indigenous people.

During a press conference on Wednesday afternoon, Alvarado said farmers were deprived of irrigation water during the summer season but were supplied with excessive water due to dam releases during the rainy season.

Angat Dam supplies irrigation water to 20,000 hectares of farmland in Bulacan. Some 2,000 hectares of Pampanga’s farmlands in Candaba and the borderlands of San Luis and Santa Ana also get their water supply from the dam.

Alvarado said it was ironic that despite being the host of the dam, Bulacan residents and the Dumagats who live within the dam’s premises do not get water and electricity from the reservoir and depend only on rain for drinking water and solar power.

“We will call the attention of those who are in charge of it. We will bring the issue again to them. They are the real owners, the indigenous (people) of our mountains. They must be part of that and should not be neglected. They should have electricity if people in urban areas have electricity. They are also the first ones to have clean water,” the governor said.

He cited several options that could resolve the water crisis, such as the possible construction of a sub-reservoir under Ipo Dam and the holding of water in Umiray, Quezon.

Alvarado is optimistic Angat’s critical water level of would be solved with the onset of the rainy season.

“I am praying that rains would refill the water of the reservoir but, hopefully would not cause damage to the province,” he said. (PNA)

Politiko would love to hear your views on this...
Spread the love
Tags: Angat dam, Bulacan, Candaba, Governor Wilhelmino Sy-Alvarado, Pampanga, San Luis, Santa Ana
Disclaimer:
The comments posted on this site do not necessarily represent or reflect the views of management and owner of POLITICS.com.ph. We reserve the right to exclude comments that we deem to be inconsistent with our editorial standards.