Who got P5M ransom in Jee kidnap-slay? Bam Aquino wants to find out 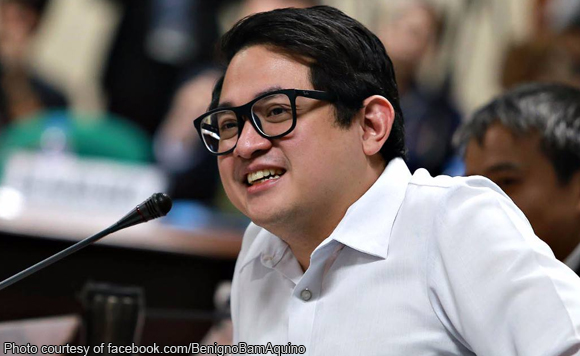 Senator Paolo Benigno Aquino IV plans to grill resource persons on the abduction and killing of Korean businessman Jee Ick Joo regarding the P5 million ransom his wife paid his captors in exchange for his release.

Aquino on Friday (Jan. 27) said he wants to know who ended up pocketing the money that Jee’s wife, Choi Kyung-jin, paid.

“Hindi naming na-tackle iyan pero tatalakayin natin iyan sa next hearing. The committee should get to the bottom of this,” he said.

The Senate public order and dangerous drugs committee will resume its hearing on the case on Feb. 2.

Choi said she gave P5 million to her husband’s abductors last Oct. 31 even though they failed to provide her proof that Jee was still alive.

The Korean businessman was strangled to death inside a vehicle parked within Camp Crame on Oct. 18, 2016, hours after he was abducted from his Pampanga home.

Instead of releasing her husband after receiving the money, Choi said they demanded another P4 million.

Separate probes by the Philippine National Police (PNP) and National Bureau of Investigation (NBI) point to the alleged involvement of some ranking policemen in the kidnap-slay case of the Korean businessman.

Politiko would love to hear your views on this...
Post Views: 0
Spread the love
Tags: Camp Crame, Choi Kyung-jin, Jee Ick Joo, Korean businessman, National Bureau of Investigation (NBI), Paolo Benigno Aquino IV, Philippine National Police (PNP), Senate public order and dangerous drugs committee, Senator
Disclaimer:
The comments posted on this site do not necessarily represent or reflect the views of management and owner of POLITICS.com.ph. We reserve the right to exclude comments that we deem to be inconsistent with our editorial standards.