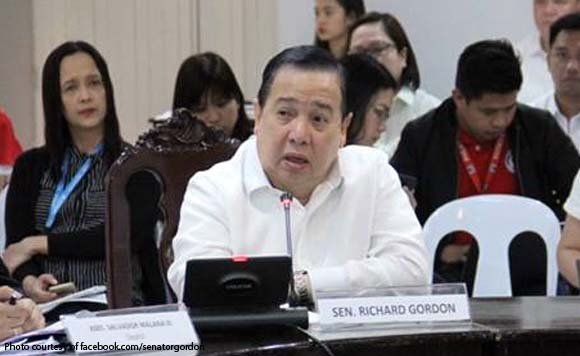 Senator Richard Gordon expressed sadness over the passing Wednesday of Ghazali Jaafar, one of the key leaders of the Moro Islamic Liberation Front who worked hard for the transition of the autonomous Muslim region in Mindanao into the Bangsamoro region.

Calling Jaafar as a “hard act to follow,” Gordon said his death “is a deep loos to our country.”

“His sincerity, wisdom and experience are attributes needed to drive his and our dreams of a successful Mindanao. His leadership will be sorely missed. We all have to work as one now and continue what he has started,” Gordon said.

Gordon recalled that he first met Jaafar in August 2008 when the latter “graciously received me as the first senator to set foot in Camp Darapanan,” the MILF”s administrative camp located in Sultan Kudarat town in Maguindanao province.

He said “a deep friendship was forged between us since, aided by the mutual respect that sprung from that first meeting.”

“We would talk to each other about the Bangsamoro and the achievement of lasting peace in Mindanao,” Gordon said.

The senator said they last saw each other when Jaafar participated in the oath taking of members of the Bangsamoro Transition Authority in Malacanang Palace last month.

“I even pushed him in his wheelchair to his car after the event. Out of concern for his health, I invited him to my home in Subic and take a rest there,” Gordon said.

Jaafar succumbed to illness and died in a hospital in Davao City.(END)

Politiko would love to hear your views on this...
Tags: Bangsamoro region, Ghazali Jaafar, Malacanang, Moro Islamic Liberation Front who worked hard for the transition of the autonomous Muslim region in Mindanao, Senator Richard Gordon, Sultan Kudarat
Disclaimer:
The comments posted on this site do not necessarily represent or reflect the views of management and owner of POLITICS.com.ph. We reserve the right to exclude comments that we deem to be inconsistent with our editorial standards.