Gordon predicts Central Luzon will be an investment hub 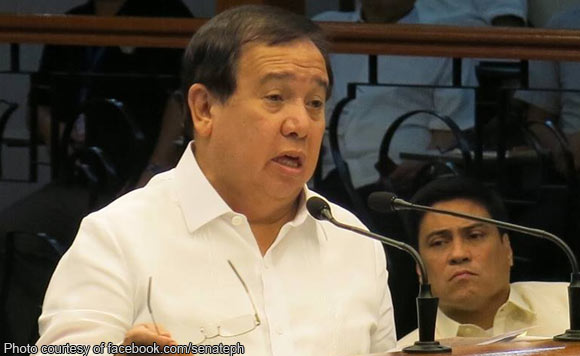 Senator Richard Gordon has urged local leaders in Central Luzon to maximize the use of their infrastructures and resources to create an investment and commercial hub in their region.

He added it could become the “template that could be replicated in other regions of the country.”

“The vision is to have investors opening up businesses on the idle lands along the highways,” he said who authored SBN 1325.

He added, “They will have incentives for providing houses for their workers at the back of the factories. Schools can be built there.”

“Hospitals, churches, markets and banks could also be built. Then the community could later on become a financial center,” the senator said.

He said the three airports in Manila, Subic and Clark; seaports in Subic, Mariveles and Manila; and highways available in Central Luzon will provide faster movement of trade.

The hearing was held at the Pavilion, Hiyas Ng Bulacan Convention Center in Malolos City, Bulacan on May 17.

Those who attended the hearing were Senator Joel Villanueva and members of the House of Representatives who filed counterpart bills such as Cong. Lorna Silverio, Cong, Jose Enrique “Joet” Garcia III and Cong. Jose Antonio Sy Alvarado.

Cong. Jesus Nonato Sacdalan, chairman of the House Committee on Government Enterprises and Privatization, also attended since the said hearing also served as the House committee’s hearing for the bills filed in Congress.

This was the third consultative hearing conducted for SBN 1325. The first was conducted at the Subic Freeport Zone and the other was in Clark, Pampanga. Central Luzon is composed of the provinces of Aurora, Bataan, Bulacan, Nueva Ecija, Pampanga, Tarlac and Zambales.

Politiko would love to hear your views on this...
Tags: Aurora, Bataan, Bulacan, Central Luzon, commercial hub, creating Regional Investment and Infrastructure Corp., Nueva Ecija, Pampanga, Senate Bill, Senate Committee on Government Corporations and Public Enterprises, Senator Richard Gordon, Tarlac, Zambales
Disclaimer:
The comments posted on this site do not necessarily represent or reflect the views of management and owner of POLITICS.com.ph. We reserve the right to exclude comments that we deem to be inconsistent with our editorial standards.