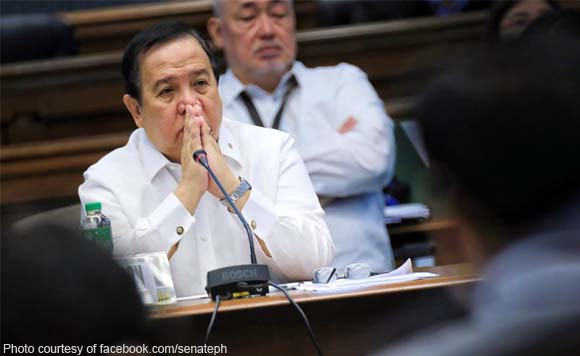 Senator Richard Gordon on Thursday said the Subic Bay Metropolitan Authority (SBMA) needed “somebody from Olongapo” as its leader.

The senator made the comment as he criticized Sen. Antonio Trillanes IV for questioning President Rodrigo Duterte’s decision to appoint Wilma Eisma as both chairperson and administrator of SBMA.

Eisma was born and raised in Olongapo City in Zambales before she earned her law degree from the Ateneo de Manila University 24 years ago.

Gordon said he can vouch for Eisma because he knew the lawyer could handle the job very well.

In 1993, he hired Eisma as his executive assistant and as member of the agency’s legal department.

Eisma stayed with SBMA until 1998 before she joined the Philip Morris-Fortune Tobacco Corporation, Inc. as sustainability and contributions manager.

Politiko would love to hear your views on this...
Tags: Ateneo de Manila University, Olongapo City., president Rodrigo Duterte, Sen. Antonio Trillanes IV, Senator Richard Gordon, Subic Bay Metropolitan Authority, Wilma Eisma a, Zambales
Disclaimer:
The comments posted on this site do not necessarily represent or reflect the views of management and owner of POLITICS.com.ph. We reserve the right to exclude comments that we deem to be inconsistent with our editorial standards.