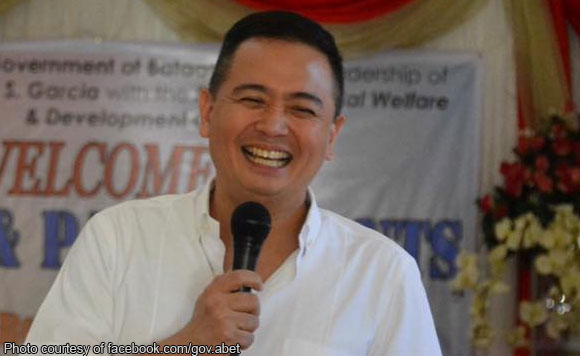 Health of the people is the highest priority of provincial leaders in Bataan over wealth and quality education, according to Governor Albert Garcia.

In his remarks on Friday before delegates of the Fourth Meeting of the Asia-Pacific Parliamentarian Forum in Balanga City, Garcia said that among the three components of the Human Development Index, namely, per capita income, access to quality education, and life expectancy, the latter is his administration’s “highest priority because even if you have high income, even if you are well-educated, but you have poor health, those first two will mean nothing.”

“Our vision for the province is that by 2020, Bataan will have the lowest poverty incidence due to quality growth, leading to highest HDI in the country,” Garcia said.

As it is now, Garcia bragged that his province of around 800,000 people has the lowest poverty incidence rate in the entire country at 1.6 percent.

He said the province offers a lot of employment opportunities, catering even to jobseekers elsewhere in Central Luzon and from Northern Luzon, the Visayas and Mindanao, because of the freeports and economic zones there.

In line with its focus on the people’s health, Garcia said they have identified the leading causes of death in the province, so it can be properly addressed, thereby reducing mortality rate.

It also developed a service delivery network which entailed improvement of the province’s health facilities and of the skills and competencies of personnel.

As a specific measure in health promotion, Garcia cited the Balanga City’s smoking ban policy, which, he said, had long been implemented even before President Rodrigo Duterte issued a national policy on it.

He also mentioned the recognitions they earned in terms of having the biggest dance class in the world, as certified by Guinness, and the most number of trees planted in an hour, which is 224,000.

“Based on our vision, we would want to have quality growth and the highest HDI, which means, hopefully, if we accomplish our vision, our people will have more money in their pockets, better educated, and will live healthier and longer lives,” Garcia said.

Politiko would love to hear your views on this...
Spread the love
Tags: Bataan, Education, Fourth Meeting, Governor Albert Garcia, poverty
Disclaimer:
The comments posted on this site do not necessarily represent or reflect the views of management and owner of POLITICS.com.ph. We reserve the right to exclude comments that we deem to be inconsistent with our editorial standards.