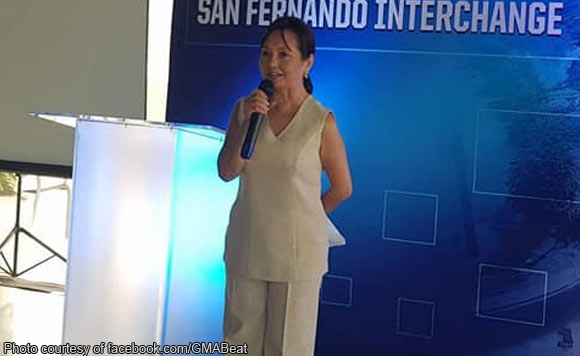 Arroyo was among the local officials present to receive the “The Pampanga Megalopis Plan” that aims to develop the province into an urban growth center in North Luzon.

She committed to be the foremost advocate and promoter of the Pampanga Megalopolis Plan both locally and internationally.

The proposed projects in these metropolitan clusters are in the areas of transportation and road Infrastructure; alternative corridor and transportation improvement measures for MacArthur Highway (mass transport); tourism projects at pplands and wetlands; integrated water resources and water supply Planning; and Disaster Resilience and Flood Protection; Agro-Industrial Development Zones.

Another important component of the Pampanga Megalopolis is the Pampanga Golden Triangle, an imperative channel to jumpstart the proposed projects and developments under the plan.

With Angeles and San Fernando cities being Pampanga’s main urban centers and with their relatively lower susceptibility to natural hazards, the Pampanga Golden Triangle signifies high development potential and could very well be the jump-off point for the larger context of the province.

In her acceptance speech, Governor Lillia Pineda emphasized that she is not only receiving the plan document, but more importantly, she is accepting the responsibility of seeing to it that the plan is implemented to the fullest benefit of the present and future generations of Kapampangans.

Pineda committed to create a Project Management and Investment Promotions Unit, under the Office of the Governor, to aggressively shepherd the implementation of the plan. (PNA)